"So, what's FARA?" you might ask.  I'm glad that you did!  FARA is the Friedreich's Ataxia Research Alliance.  They are dedicated to finding treatments and ultimately a cure for a rare genetically inherited condition known as Friedreich's Ataxia, also known as FA for short. Great leaps and bounds have been made in FA research in the last several years and researchers feel that they are on the verge of really making a difference for those with FA.  Each person on staff at FARA has been personally affected by FA in some way or another.  For FARA, it is much more than just medical research.  It is about saving the life of a loved one.

Your next question might be "So, what is FA?".  FA, as I stated earlier, is a rare genetically inherited condition.  It causes slow, progressive loss of balance and motor skills.  People with FA usually have problems with scoliosis, often requiring corrective surgery.  Some develop difficulties with swallowing, eyesight, and hearing.  Diabetes appears in some people as well.  One of the most destructive parts of FA is that it causes cardiac problems.  It does not, however, affect a person's cognitive abilities.  FA is found in approximately 1 out of 50,000 people.  Diagnosis usually happens between the ages of 5 and 15, although there are also cases of later onset.  A shortened life span is expected for those with FA.

I'll bet your next question might be "So, why is this important to you?".  Its important to me because I am the aunt of a beautiful young lady who is living with FA.  She was diagnosed in 2000 at the age of 9.  My hope is that the next few years will hold great promise for her. 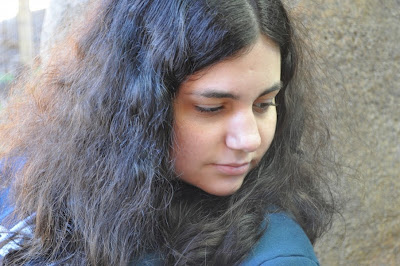 If you would like to learn more about FA and how you can help please visit their website.

Bible Verse of the Day